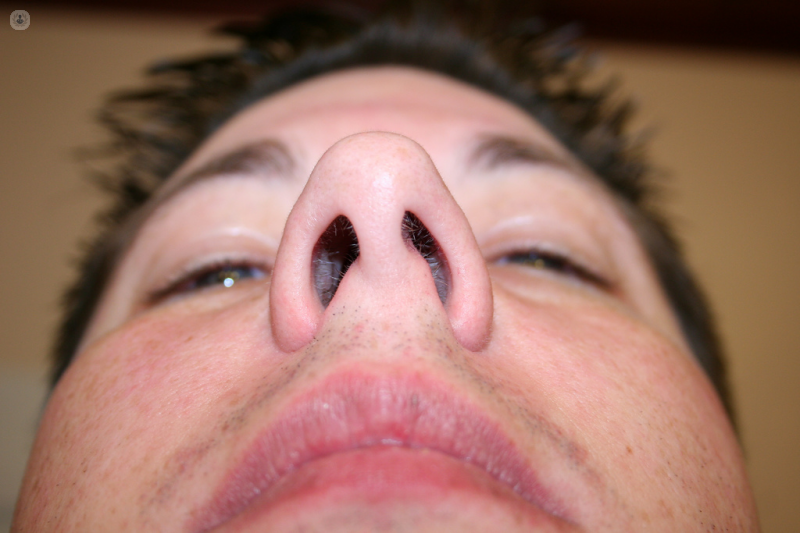 What are nasal deformities?

Nasal deformities are anomalies in the shape and/or function of the nose. They are relatively common and many are simply aesthetic issues that cause no symptoms, although many patients are unhappy with their appearance because of the shape of their nose. However, in some cases, nasal deformities can cause difficulty breathing, and treatment may be needed to improve functionality

Some types of nasal deformities are:

There are other types of congenital nasal deformities, some of which, such as a cleft palate, affect more than just the nose.

Although a nasal deformity can cause breathing problems, it is not a serious malformation that will impair your daily life. However, if breathing is difficult on a continuous basis, this can result in sleep apnoea and poor-quality sleep. Both breathing problems and aesthetics often worsen with age.

Nasal deformities can produce symptoms such as:

The specialist will conduct an examination of the inside and outside of the nose. A fibroscope (a camera attached to a flexible optical fibre) is used for the internal examination. This device allows the specialist to see if there is a mechanical obstruction or if the nose collapses when you breathe in.

This examination allows the diagnosis of the aesthetic and functional problems. The specialist will then discuss with you the aspects that should be treated, the surgical techniques to be applied and what approach they need to take.

Nasal deformities can be due to:

The only real solution to the problem, however, is surgery. This could come in the form of a rhinoplasty, which reshapes the nose, or a septoplasty, which surgically straightens the cartilage between the nostrils.

The specialist will first plan and personalise the intervention, since no two noses are exactly the same. Surgery usually takes between one and a half to two hours to correct the functional and aesthetic defect. Most patients are discharged on the same day and the definitive results will be seen at 3-4 months.

Which specialist treats them?

Nasal deformities are usually treated by an otolaryngologist, who has in-depth knowledge of the nose, its anatomy and functionality, as well as of other pathologies associated with nose problems. Sometimes rhinoplasty is performed by a specialist in plastic, aesthetic and reconstructive surgery, particularly by one who is highly specialised in nasal deformities.